The Disappearing Modest Home Is a Rare Gem These Days 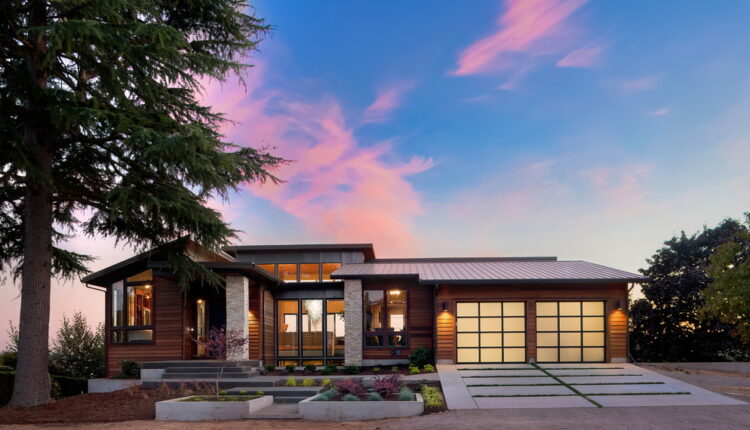 There was a time when at least a home builders focused primarily on modest starter homes. The homes they built were smaller homes designed for young couples with no more than a child or two. They seem to be disappearing now. Modest homes are a rare gem these days.

If you have any plans to move to Utah or Florida, good luck finding a modest home for sale. They are few and far between. Most of the homes built in both states over the last five or six years are larger homes with plenty of amenities. And if you want to build from scratch, throw modesty out the window. You will pay hundreds of thousands for more home than you likely need.

What we’re seeing in real estate right now is eerily similar to what happened to restaurant menus in the early 2000’s. Do you remember when restaurant portions suddenly exploded 20 years ago? Go to most restaurants today and you will get enough food to feed a small army. Restaurateurs figure they can charge more by giving more. Yet price increases are higher than the cost of the food.

The same thing seems to be happening in the housing market. Builders are making homes bigger. Instead of building modest, two-bedroom homes with eat-in kitchens and small dining rooms, they are going three and four bedrooms with full-size kitchens, dinettes, and formal dining rooms. Throw in a rec room and a formal living room and you’re good to go.

Big homes are fine for those who want them. But there is a certain segment of the population that neither wants nor needs something so big. And unfortunately, builders are not building for them. They would rather build higher-priced homes.

Buyers not interested in the 2021 version of the McMansion can always look for a modest home among existing inventory. They may or may not succeed, depending on market. For example, modest homes are more plentiful in northern states. They are not so easy to find in Florida, Texas, and Utah.

In Salt Lake City, local real estate brokerage CityHome Collective says that modest homes are at a premium. People snap them up as soon as they hit the market because the demand for housing – any housing in some cases – is so robust.

Salt Lake City leaders have gone so far as to consider changing zoning laws to allow secondary housing. In other words, they are looking at allowing homeowners to enlarge existing homes by adding secondary apartments. Even bringing in a tiny home and setting it in the backyard is on the table.

Tiny Homes Are Too Small

A tiny home is one option for someone who doesn’t want a big house. But they are too small for others. That leaves people in need of a modest, two-bedroom home in a lurch. A tiny house is too small. Yet a four-bedroom family home with all the amenities is too big. There is very little in between.

Manufactured housing is one way to go. Then again, you have to live in a community that allows it. More and more, communities are shutting out manufactured housing because they believe it reduces property values. As that option slowly disappears, it only adds to the difficulty of finding a modest home on a budget.

What’s left? You have loft, apartments, and condos. You have townhomes. But if you’re renting, you can expect to pay more now than you ever have in the past. It is just where the housing market is right now.

HOA Management: These easy tips will help you shine in your HOA.

Interesting Things That You May Not Know About Stair Lifts

Building A House In Phuket

5 Major Tips To Hiring The Most Reliable Conveyancing Solicitor

A Comprehensive Guide to Property Registration

The Conditions are Right: Rental property investment in…

Prev Next 1 of 14
Popular Topics

A Comprehensive Guide to Property…

The Conditions are Right: Rental…